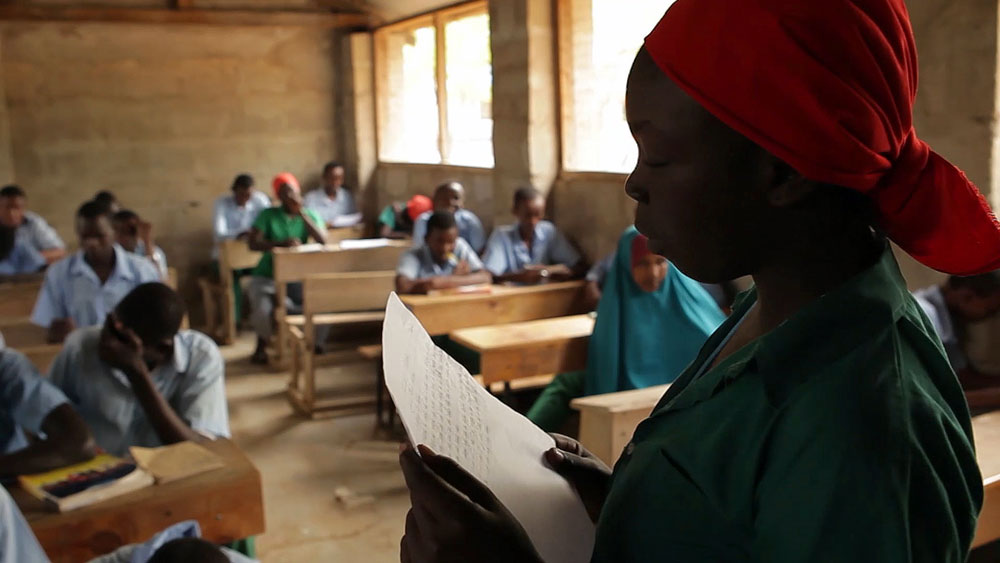 An estimated 12 million people are living in refugee camps with only 0.1% being re-integrated into normal society. Directors, Asher Emmanuel and Vincent Vittorio, seek to address this problem through Warehoused: The Forgotten Refugees of Dadaab, an earnest documentary dedicated to raising awareness of the plight of refugees and their need for basic human rights like education, safety, shelter and clean water.

While the film takes a global stance on the issue of refugees, it focuses on those living in the world's largest refugee camp in Dadaab, Kenya. The film-makers get up close and personal with several of the reported 500-600k refugees, investigating their situation within the camp and exploring some of the issues surrounding their protracted confinement and seeding in other countries around the world.

Much like God Grew Tired of Us, we're dealing with a group of individuals who have been displaced by the political, social or wartime circumstances affecting their homeland. In a similar vein, the film-makers travel to Willmar in the United States, one of the resettlement towns where a refugee family have been transplanted. While the repatriation is touching and the cultural immersion is fascinating, the encampment is the main focus in Warehoused, identifying intricate issues such as: food being used as a commodity, unchecked crime within the encampment, problems relating to the host country and the sporadic population growth of these long-serving camps.

Through experts, authors and industry specialists, the filmmakers get a broader understanding of the issues facing the organisations that support these camps and the inner turmoil caused by the growing need for these centres for the displaced. As wars continue, the camps multiply creating a generation of alienated people who are born into a suspended state of captivity. Frustrated by the long waiting lists for resettlement and stunted by the cold hard facts of the situation, some try to escape, finding themselves vulnerable and at the mercy of nationals.

The documentary is a tapestry of real-life accounts, talking heads and on-the-ground footage with simple animation to connect the dots. Warehoused: The Forgotten Refugees of Dadaab is successful in its mission to create awareness around Dadaab and the on-going global crisis. Instead of manipulating the audience, the film-makers take the time to get a practical snapshot of the situation, humanising the affected and delivering the facts with as little distortion as possible. While a little scattershot, it's an eye-opening and important account of life within the camps, resettlement and the hunt for a solution to reverse the rapid growth of refugee camps around the world.